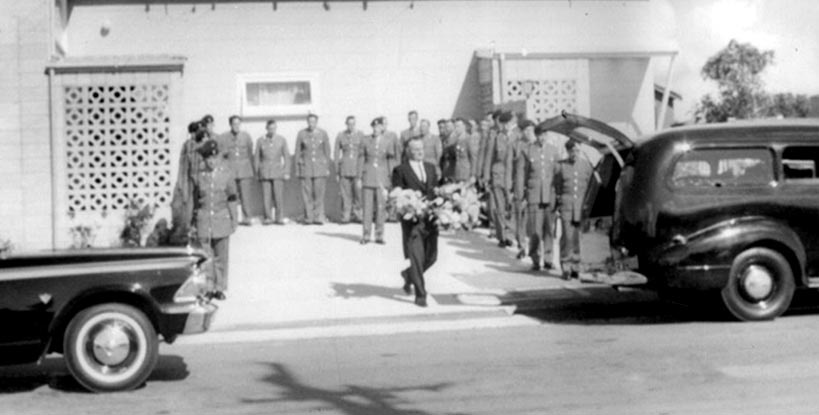 
A focus on people

Dil’s Funeral Services was founded in 1960 by Wilfred (Wilf) T. and Gloria Dil in Birkenhead on Auckland’s North Shore.

Originally known as Wilfred T. Dil Funeral Director, the business operated from the family home at 82 Hinemoa Street. One end of the house was converted into a small chapel and viewing area, with the family living in the other end of the home. The company operated out of these premises until the early 1970s when Dil’s moved along the road to where our Birkenhead Chapel is still located at 92 Hinemoa Street. 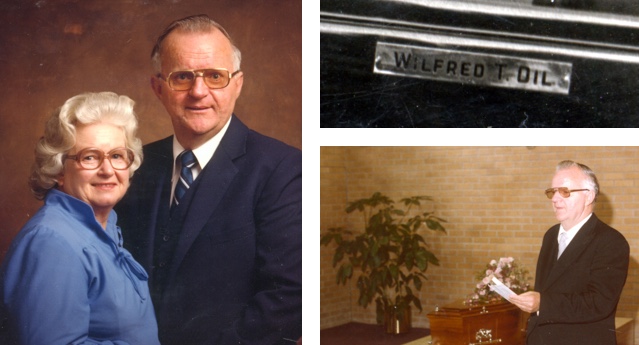 This property, which has been a funeral home since it was built in the 1950s, was actually where Wilf started his funeral directing career, originally employed by local funeral director, Vern Cox.

In that first year, Wilf conducted only 13 funerals, and worked at the local hardware store to supplement the family income. In those early days, when a call came in, he would leave the store and ride his push-bike to collect his old hearse, which he parked at a friend’s house in Takapuna.

Wilf was known as a true people’s person with a genuine interest in everyone he met. He conducted funerals in a way that reflected this interest in people and their families. This love of people, coupled with a ‘nothing is too much trouble’ approach have been foundational to the company’s success.

In time the company grew, Lindsay (Wilf and Gloria’s son) joined the business, and the business started to serve more and more families each year.

In 1994, under Lindsay’s leadership, Dil’s North Harbour Chapel and Reception Lounge, in Schnapper Rock Road, Albany, opened in response to the needs of the local community. This stunning facility in park-like grounds can accommodate funerals of all sizes and has become a real asset to the families of the North Shore and Greater Auckland.

Wilf and Lindsay had driven past the property many times on their way to the adjacent North Shore Cemetery and Crematorium and always knew it would be the perfect location for a funeral home.

This facility has exceeded everyone’s expectations and has had thousands of people though its doors to attend the many funerals conducted there.

Some thought Lindsay and Wilf were crazy when the idea was mooted to put a funeral home in the middle of (what was then) a rural area but, looking back, the chapel is a monument to their vision and innovation.

A vision for the future of funerals

Vision and innovation have always been the hallmarks of the company. From the very beginning, Dil’s has embraced many ideas which have now become popular at modern funerals. We’ve had the flexibility to evolve the business so that services we organise would always be meaningful and representative of changing times. We believe in finding out what people want and doing everything possible to provide them with their wishes.

In 2005, Wilf’s grandson Stephen took over leading the company from his father Lindsay. Under Stephen’s stewardship, Dil’s has continued to be the North Shore’s leading funeral home. It’s a thriving, modern company with a large dedicated staff yet it still maintains the same set of values put in place by Wilf all those years ago.

This means that along with the very latest developments in funeral services, such as the webcasting of services, professionally designed service sheets and visual tributes, state-of-the-art embalming, and eco-friendly caskets, you will still receive individual, personal service and always be treated with kindness, consideration and warmth.

Today, Dil’s is part of the Propel Funeral Partners’ network of funeral homes. Propel Funeral Partners is the second largest provider of death care services in New Zealand and Australia. The family made the decision to join Propel as they firmly believe it to be the best way to ensure the Dil’s legacy continues well into the future. Stephen continues to lead the business as Managing Director and is also a Director of PFP (NZ) and the Dil family are a significant shareholder of Propel. Families can be assured that Dil’s will continue to serve the families of the North Shore and Auckland in the same excellent way they have done for over 60 years.

tell us what type of funeral you want and we will do everything in our power to deliver it.

Call us now
Send us a message

If a death has occurred or you need immediate attention please phone rather than email to ensure we respond to your needs in a timely manner.